Wings of Fire is a book series written by Tui T. Sutherland. The world is

based in a dragon planet that currently consists of 2 continents: Pyrrhia where dragons have ruled over the scavengers (dragon word for humans), and Pantala, which can be inferred to be smaller than Pyrrhia.

Pyrrhia used to be a world where Scavengers ruled, but when the dragons came together, they fought off the Scavengers and made a system where they have Queens over the multiple tribes and separated the Territories. There are Animus dragons who hold magic, but if the magic is used to much they would feel more and more entitled to use their magic, turning them power-hungry, insane, or homicidal.

SeaWings are the Dragon tribe which live in the Kingdom of the Sea in Pyrrhia. They are ruled by Queen Coral. They have glow in the dark scales which they use to communicate (Aquatic) and possibly hunting. They can breathe in the water and can see in the dark. They have webbed feet and a strong tail. They are 1 of the only Pyrrhian tribes that cannot breathe fire.

NightWings used to have the power of mind reading or future seeing if hatched under one moon or both powers if hatched under two. Hatching under three moons makes the first two powers stronger. They used to live on the "talon" peninsula. However after the Darkstalker event they moved on a volcanic island, where the smoke of the volcano blocked out the moons thus causing them to losing their powers. They live in the rainforest under the rule of Queen Glory. NightWings can breathe fire.

MudWings are a tribe of dragons that live in the Mud Kingdom. They are ruled by Queen Moorhen. They can only breathe fire if warm enough. MudWings come in various shades of brown and have fireproof scales if hatched from a red blood egg.

IceWings live in the Ice Kingdom and their scales can be gray, white, various shades of blue and even purple. Their frostbreath causes instant frostbite and their tails are whip-thin. Their claws are serrated. They are ruled formerly by Queen Glacier, and currently by Queen Snowfall.  These dragons, also cannot breathe fire.

SkyWings live in the mountains and are easily distinguished by their enormous wings. These dragons' scales can be different shades of yellow, red, orange, or pinkish-red as seen with Princess Sunset, a SkyWing that lived over 2,000 years ago. They are ruled by Queen Ruby, also known as Queen Tourmaline, and were formerly ruled by Queen Scarlet. A SkyWing can be born with 'too much fire' thus burning everything they touch, or with no fire at all.

SandWings have pale scales the color of sand. They don't require much food. They live in hot conditions and their scales are always warm. They have poisonous barbed tails like a Scorpion and the only cure of the barb is cactus juice applied to the wound.

RainWings reside in the rainforest and they can use their scales to camouflage themselves or to express their emotions. RainWings prefer to eat the plentiful fruit in the rainforest, but occasionally kill and eat prey. They have prehensile tails that they can use to travel through the rainforest. They can shoot a deadly venom from their fangs that disintegrate any living thing. This venom can only be stopped if someone related spits their venom onto it.

Most HiveWings are carnivores, eating only meat, but some, like Bumblebee, eat mangoes. They live in the Hives, buildings made of treestuff (wood pulp and a liquid mixed together). HiveWings are ruled by the mind controlling Queen Wasp

SilkWings are vegetarians, eating only fruits. They live under the HiveWing queen, Queen Wasp.

LeafWings are omnivorous, eating jungle mammals and fruits. It was previously thought that dragons of this tribe became extinct, but they were only hiding in the Poison Jungle. They were formerly ruled by Queen Sequoia and are currrently being ruled by young Queen Hazel. Very few LeafWings have ridiculously powerful Leafspeak, meaning LeafWings with really powerful Leafspeak can make saplings grow into strong trees or to make 1 plant multiply. 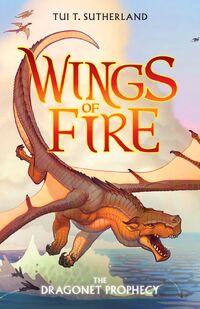 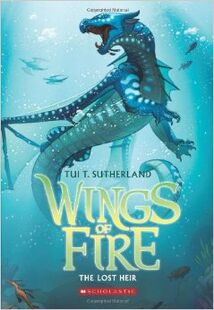 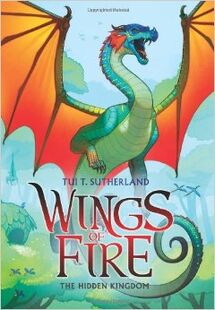 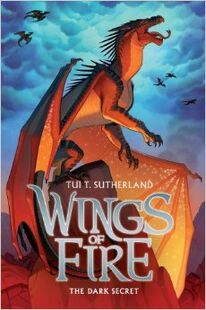 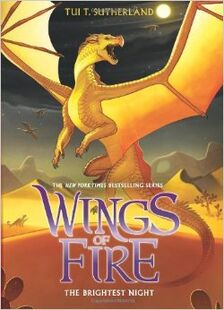 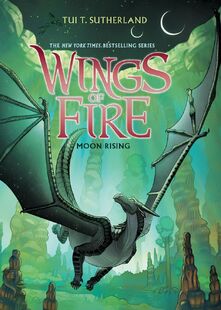 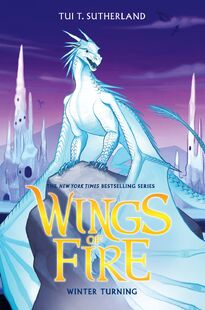 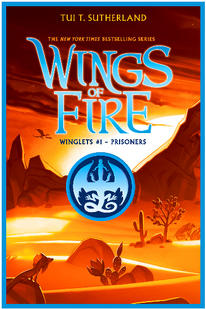 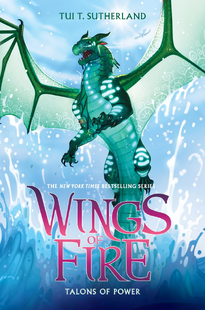 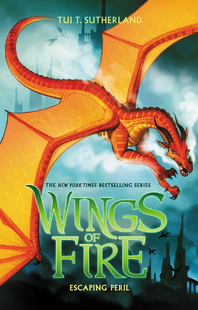 Morrowseer is a NightWing who falsely claims he can see the future. He formed a prophecy claiming that five dragonets, namely a MudWing, SeaWing, SkyWing, NightWing, and SandWing, would hatch on the brightest night to end the war.

The dragonet's eggs were brought together to be raised underneath the mountains in the Sky Kingdom by the Talons of Peace, a group of dragons formed during the Great War of SandWing Succession to help fulfill the false prophecy. The MudWing, SeaWing, NightWing, and SandWing were safely returned, but the MudWing egg's deliverer, Asha, had died soon after. The SkyWing egg, however, was shattered by Burn herself after catching the IceWing Hvitur stealing an egg. Webs, a SeaWing and a guardian of the dragonets of destiny, instead stole a RainWing egg from the rainforest.

The dragonets of destiny, Clay, Tsunami, Glory, Starflight, and Sunny, go on to stop the war to find out that the prophecy has been made up. Still, they end up ending the war, fulfilling the prophecy anyway.

The Jade Mountain Prophecy was a prophecy given by Moonwatcher at the end of Moon Rising and the beginning of Winter Turning, predicting the destruction of Jade Mountain unless the lost city of night could be found. This prophecy is described as the first true NightWing prophecy in generations. The plot of the second arc revolves around this prophecy.